[This proposal has since been amended by EHDC and the yellow lines removed. Please see the update made on 12th May]

See attached a plan and delegated decision document for a proposed single yellow line in Church Street. To summarise, it is proposed that a single yellow line will be painted from St Mary’s House (formerly Dacres) to the Old Post Office in Church Street, with a short break in between. An extension of the white zig-zag line to the school entrance is also included in the proposal. 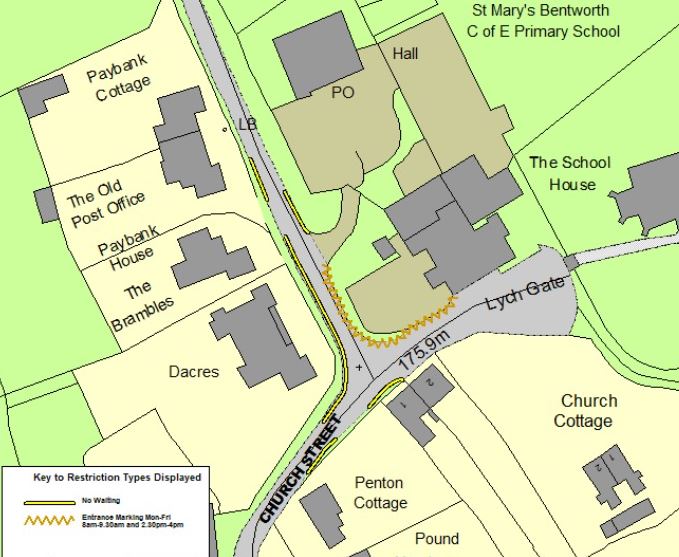